just play & the impact of playgrown on individuals & communities 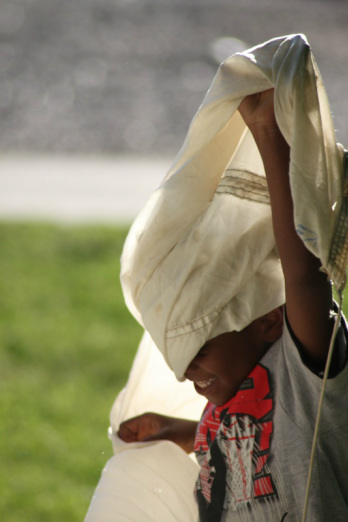 With a Changemakers grant, in 2010, playgrown founder, Michelle S. Johnson  brought people together for Parkhops across gender, sexuality, race, ethnicities, and physical abilities to play at four parks in  Kalamazoo, Michigan. The project built community within already established groups and extended to new people or those who were only on the periphery. Participants reported the value of relinquishing social postures to adapt new situations and noted that when we played together people saw each other as playmates rather than solely as a teenager, adult, stranger, familiar or senior. We often ended up playing with youth who were intrigued by us and wanted to play.

Parkhop broke down boundaries and extended beyond intended community. The act of opening up the group to new players is, at its core, an issue of access that immediately welcomes people who see something valuable.

Since injustice often denies people access to value based on such aspects as physical ability, class, gender, sexuality, race and education, Parkhop began to show that egalitarian play has the power to break down rather than create barriers to just community.

While Play groups can sometimes create isolation and stratified groups, in bringing players together across cultural boundaries, the participants moved away from stratification as younger and older people learned from each other.